Home » Dead musician propped up behind drumkit for his own funeral Dead musician propped up behind drumkit for his own funeral 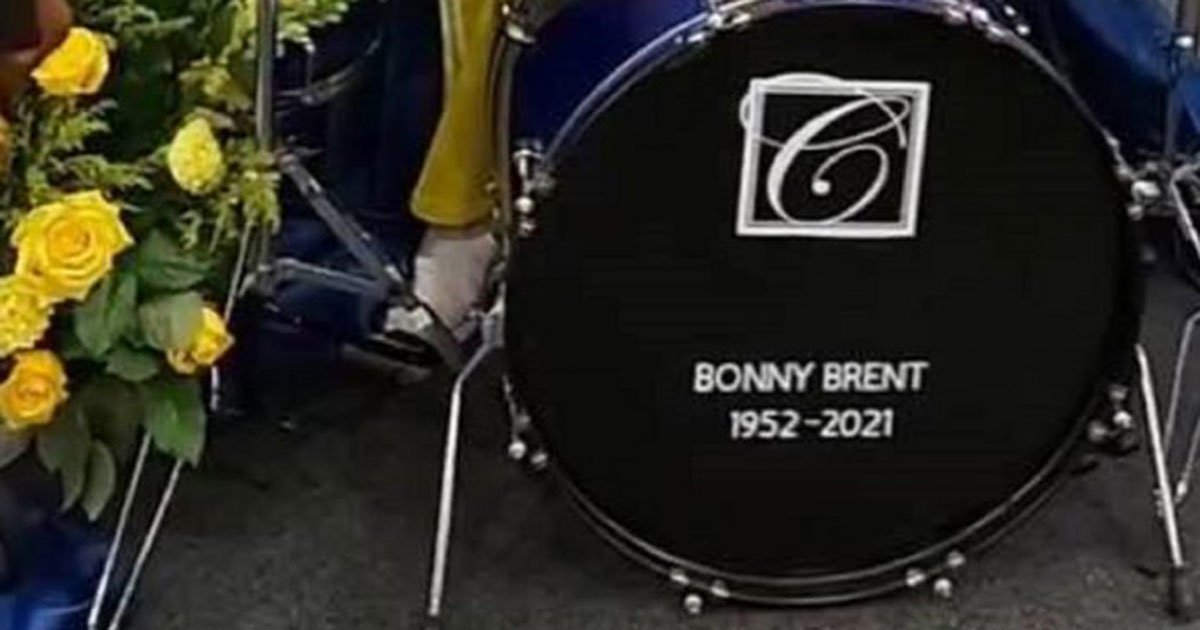 Deceased musician Bonny Brent was propped up behind his drum kit for his own funeral, with footage emerging from his unconventional memorial this week.

According to reports, the family of Guyanese drummer Brentnol McPherson, AKA Bonny Brent, wanted to plan the musician’s funeral as an homage and final memory of his musical talent.

In footage shared by Covenant Funeral Homes inc. that has since gone viral, Brent is seen perfectly propped up behind the kit in the viewing room in a clip titled ‘Bonny Brent’s last performance’.

Dressed in a bright yellow tracksuit and wearing a white cap and sunglasses, Brent is posed sitting upright with his hands holding two drumsticks and placed on the kit in front of him.

Brent is surrounded by floral tributes, with ‘Bonny Brent 1952-2021’ written on the bass drum.

Warning: Viewers may find footage in the below article distressing.

Several clips have been uploaded to social media and YouTube, with one showing an employee of Toronto-based Covenant Funeral Homes speaking to the camera while sitting alongside Brent.

The company wrote on Facebook alongside a live video from the memorial: ‘Reunited with his dad the late greats Tom Charles, Pamela Maynard, Dennis Brown and the many artists gone before him.

‘This was truly an honor! THANK YOU BONNY….WE SAID WE NEEDED TO TELL THE WORLD ABOUT JESUS….. WITHOUT HIM, This would still be in my dreams……I know you are happy!!! (sic).’

Comments on the post were mostly positive with many feeling it a fitting send-off, however others deemed it ‘disrespectful’.

In other clips shared of the send-off, Brent was also seen in a traditional coffin for what appeared to be a formal service.

As per LouderSound.com, while no official cause of death has been given, Bonny had been receiving treatment for cancer.