Daniel Craig is made honorary Commander by Royal Navy 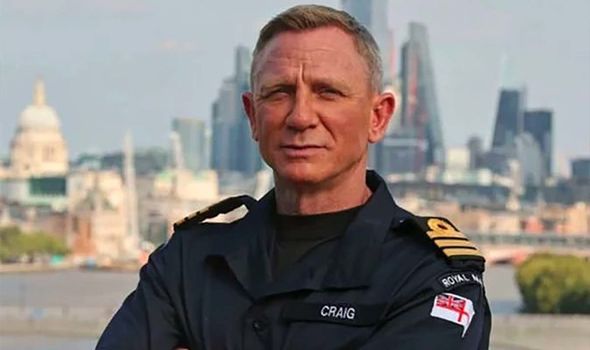 The actor, who has played the world’s most famous fictional spy for more than a decade, received the honorary title ahead of the premiere of No Time To Die.

Daniel, 53, said: “I am truly privileged and honoured to be appointed the rank of honorary commander in the senior service.”

Other 007 stars have worn naval uniforms as Commander Bond ‑ Sean Connery in You Only Live Twice, Pierce Brosnan in Tomorrow Never Dies and Roger Moore in The Spy Who Loved Me.

Daniel’s real-life ranking means he will be on a mission to spread the word for the Royal Navy. He is particularly keen on supporting the families of service personnel.

Meanwhile, the Navy has been shaken and stirred into helping on his new film, which features warship HMS Dragon.

“Our honorary officers act as ambassadors and advocates for the service, sharing their time and expertise to spread the message about what our global, modern and ready Royal Navy is doing around the world.

“Daniel is well known for being Commander Bond ‑ a naval officer who keeps Britain safe through missions across the globe. That’s what the real Royal Navy does every day.”

Film-makers also worked with Britain’s other Armed Forces on No Time To Die.

RAF Brize Norton is the backdrop when Bond boards a C-17 Globemaster plane. And the Army supplied troops from the Household Cavalry.

No Time To Die is due in cinemas from Thursday, September 30