Dan Walker, 42, took to Twitter to deny claims the new Football Focus studio was more expensive to run for licence fee payers. The BBC favourite got onto the subject when he shared a snap from the show’s sofa before presenting the programme this morning. Referencing the studio, which was surrounded by green screens, he tweeted in view of his 573,000 followers: “Coming live to you from the green kingdom from midday on BBC1 with @DionDublinsDube & @MTLawrenson #FootballFocus.” However, Dan seemed less than impressed when he appeared to have spotted Twitter users complaining about the “cost” of the high tech set-up.

This is a cost SAVING studio.

In a separate tweet, he wrote: “To the few people moaning about money… this is a cost SAVING studio.”

The BBC Breakfast star went on to explain the current studio was “smaller” than the show’s previous location.

He added: “It’s much smaller than the one we used to be in and – as well as all the football shows – we share it with Blue Peter.”

Many fans sided with Dan in the comments section of the post.

One person jokingly wrote: “Don’t be coming on here with your actual facts and stuff. No place for that these days.”

“People seem to find fault with everything these days. Keep up the good work, you’re doing a great job,” another Twitter user added. 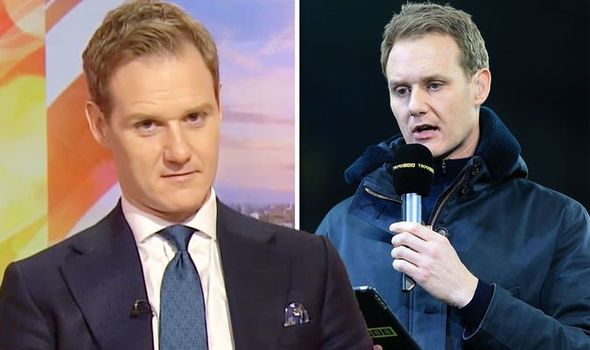 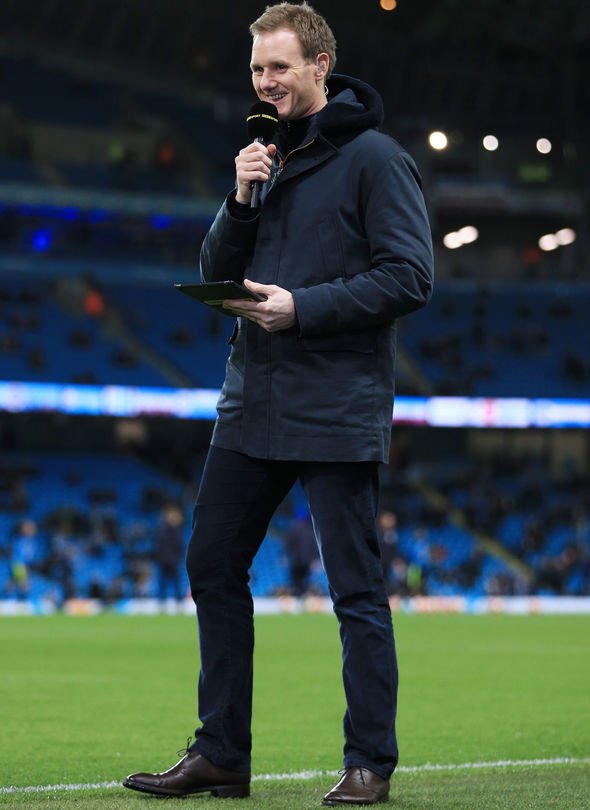 A third person quipped: “Any chance we can see the Blue Peter dog on the next #footballfocus or even a tortoise why not?”

Dan was quick to make light of the situation when another fan joked about their green surroundings, writing: “What happens if you ever have the Incredible Hulk on as a pundit? Will that not be problematic?”

After spotting the witty comment, the football pundit sarcastically replied: “It was mentioned in the pre season briefing #Hulk.”

Dan also responded to his BBC Breakfast colleague Steph McGovern who cheekily commented on the outfit he wore while appearing on Football Focus, writing: “Did our Dan get his trousers made from the left overs of the sofa??”

Acknowledging how his trousers matched the upholstery, he simply replied to Steph: “Off cuts,” alongside a crying with laughter emoji. 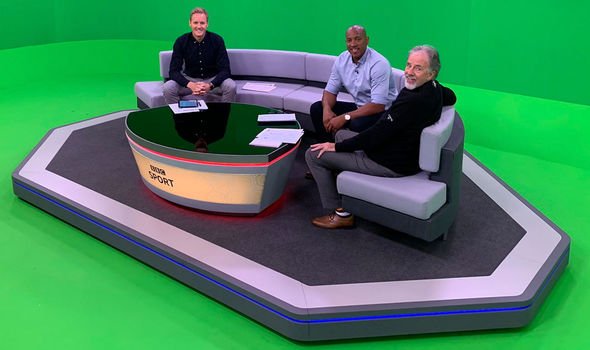 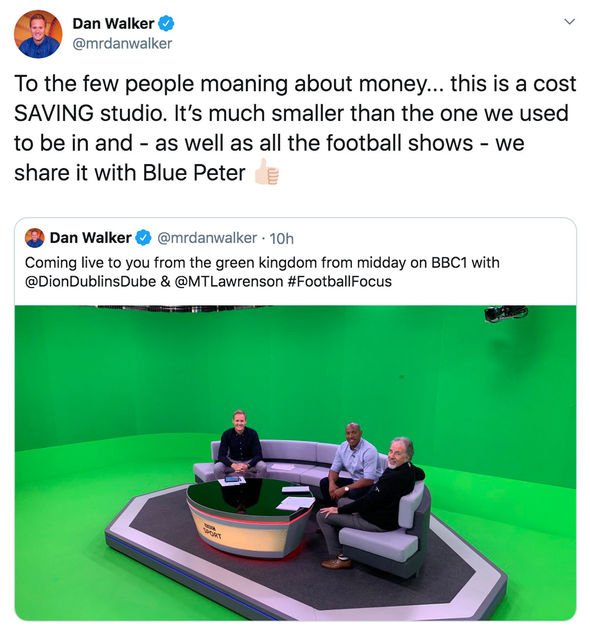 Dan’s comments about the Football Focus studio come after he responded to a BBC Breakfast viewer who accused the BBC of “wasting” licence fee money.

The spat started when the presenter posted a video of himself raising his mug while his co-host Louise Minchin raised her eyebrows at the same time.

He captioned the clip: “I have linked Louise’s eyebrows to my BBC breakfast mug.”

One aggrieved Twitter user took issue with the video and replied: “Nice to see the licence fee is not being wasted.”

In response, Dan justifiably asked: “Can you please explain how this is a waste of the licence fee?”