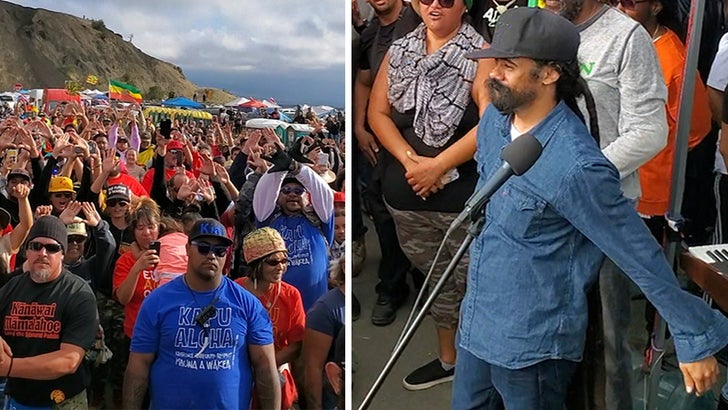 Damian Marley is joining the heated protests over new construction atop Hawaii’s tallest mountain … and he’s doing it with some Bob Marley classics.

Damian and thousands of protesters continued putting on the pressure to halt the construction of a 30-meter telescope on Mauna Kea. Damian, who has been visiting Hawaii for nearly three decades, visited the base of the mountain over the weekend to put on a show.

We’re told Damian spoke to the masses and reminded them the work they’re doing is immensely important. He also told them he can relate … due to a similar situation that went down in Jamaica when some Rastafarians were pushed out of their sacred land. 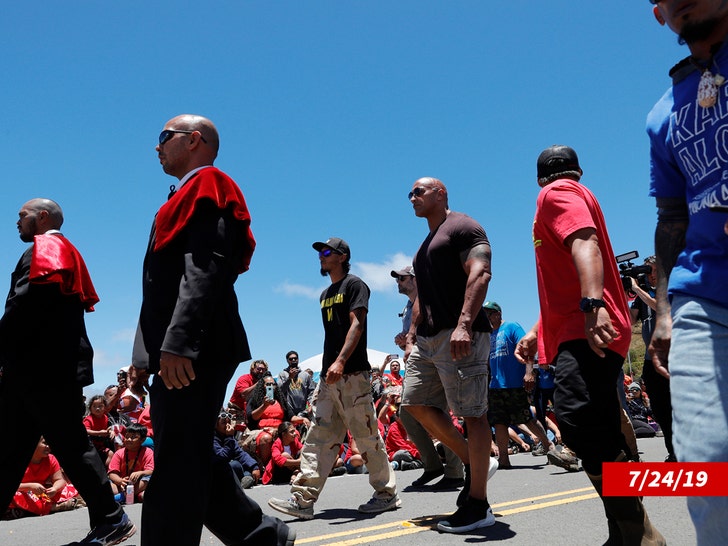 As we reported … Dwayne “The Rock” Johnson joined the group last week. Native Hawaiian groups are worried the construction will harm a site they consider sacred.

We’re told Damian, who had recently performed shows in Maui and Oahu … decided to get over to the Big Island to hang with protesters for several hours. He performed some of his own songs along with some of his father’s legendary tracks, including “Get Up, Stand Up” — a worldwide anthem for human rights. He also performed “Crazy Baldheads” and “Positive Vibration.”

What CF Would You Land As A K-Pop Idol?