Charles I: Downfall Of A King

Inside The Bank Of England

Some history, especially the naughtier sort, is best enjoyed flat on your back while gazing at the rafters.

Or so thinks historian Lisa Hilton, who lay down on the floor of Banqueting House, once part of London’s Whitehall Palace, to relish the scenes of bare-breasted debauchery painted on the ceiling, in Charles I: Downfall Of A King (BBC4).

It was here, she said, that the monarch and his French wife staged the decadent masked balls or ‘masques’ that so enraged his Puritan critics in the 17th century. 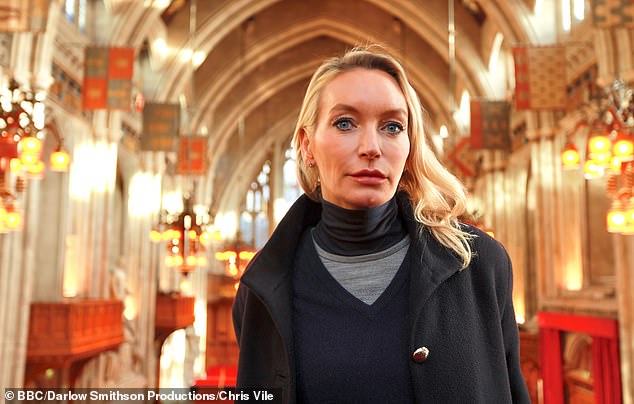 Historian Lisa Hilton lies down on the floor of Banqueting House, once part of London’s Whitehall Palace, to relish the scenes of bare-breasted debauchery painted on the ceiling, in Charles I: Downfall Of A King (BBC4) 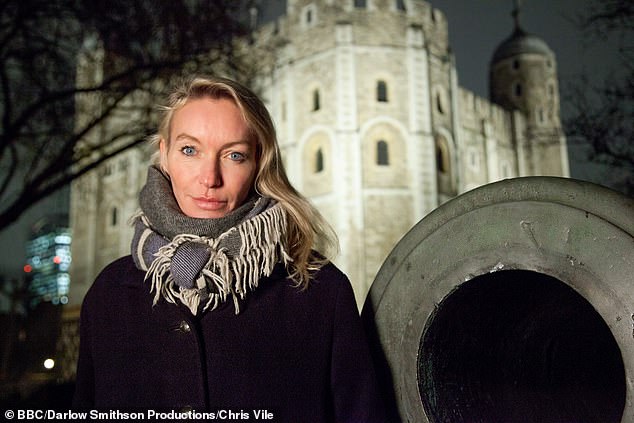 She certainly has highly placed admirers. Contributors to her programme, the first of three examining the English Civil War, included Earl Spencer, brother of Princess Diana.

This was a story of intricate political machinations, clearly told, aided by actors who portrayed the monarch and his enemies without dialogue, but in full costume. The presenter, thankfully, sidestepped the usual TV trick — and fallback for the permanently dressed-up Lucy Worsley — of donning ruff and corset to mingle with them.

She has a neat turn of phrase, too. Describing the opulence of the court, she remarked: ‘Charles and his queen were a shimmering, radiantly colourful Van Dyke in an England of black ink woodcuts.’

But I wish the Beeb could get through an hour on any channel without talking about Brexit. As the parliamentarian John Pym wrestled to win votes for his barrage of complaints against Charles, La Lisa couldn’t help doing some maths on the outcome of the vote: ‘52 per cent to 48 per cent, a familiar figure.’ 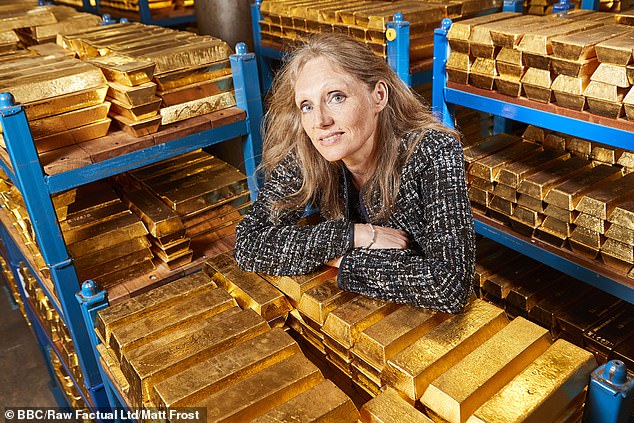 Chief Cashier Victoria Cleland in the gold vaults at The Bank of England. The show ends with catastophic predictions of the chaos surrounding a No Deal Brexit departure

Another of the contributors described Pym’s protest as the 17th-century forerunner of Project Fear. It’s almost as though Auntie Beeb, following the referendum result, is determined to stir up strife.

That was certainly the impression left by Inside The Bank Of England (BBC2), which ended with catastophic predictions of the chaos surrounding a No Deal Brexit departure: house prices nose-diving, the pound self-destructing and the worst recession since the Dark Ages, or something like that.

In fact, these dire auguries were based on the Bank’s calculations for coping with the worst-case scenarios. We didn’t hear about the financial models for smooth transitions, presumably because these weren’t scary enough.

The planners also ran simulations to practise for a doomsday crisis where computer hackers from the imaginary enemy state of Krevica disabled Britain’s financial system. That is scary.

Elsewhere, in its quirkier moments, the documentary was engaging. One employee had the job of counting all the gold ingots in the vaults: despite Gordon Brown’s sell-off of about half Britain’s gold reserves 20 years ago, there are still 430,000 gold bars worth £155 billion left at the Bank.

Another was busy opening envelopes stuffed with white fivers and ten pound notes the size of bedsheets, hidden since the Sixties under the floorboards of a miser’s house. Whether these might have been the proceeds of a bank raid in the Beatles era, we weren’t told.