CHRISTOPHER STEVENS reviews last night’s TV: Drama that preaches is doomed to be dull – but this was electric

That was strange timing. Just as a black Labour MP takes to social media to react in fury at being stopped and questioned by police, the latest of the Unsaid Stories (ITV) series of playlets echoes her experience in an electric drama.

Dawn Butler, the former Shadow Equalities Minister, accused police of institutional racism after she and a friend were stopped in Hackney last Sunday.

The Met police later said the action was a mistake, adding that the officers could not see the people inside the car, because the windows were tinted — and thus accusations of racism were unfounded and unfair. 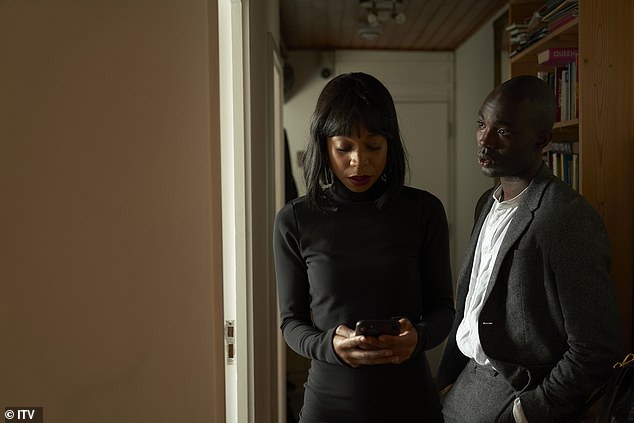 ‘We were just going out to have a nice lunch,’ the MP said. ‘My plans were basically ruined. My friend has experienced it a number of times.

hat’s why his attitude was just like: “Here, have my driving licence. Here we go again.”’

That’s a neat summary, too, of the script for the third mini-drama in this week’s series.

We saw successful businesswoman Kay (Harlots star Pippa Bennett-Warner) and her friend Michael (Paapa Essiedu from Gangs Of London) fuming after their dinner date was ruined. Police had pulled their car over — claiming, wrongly, they could smell cannabis.

PROFIT MARGIN OF THE NIGHT

If you’ve no idea what ‘fast fashion’ is, Inside Missguided (C4) explained. It’s about girls with names like Treasure and Shay, copying designs to sell them cheaply. Getting it wrong is expensive — in 2018 they lost £26 million. That’s a bad look.

Kay vented her anger at Michael, for handing over his ID instead of arguing.

He tried to make her understand he was controlling the situation by staying calm, the way his mother had taught him to do.

Michael and Kay were fully drawn characters, not ciphers whose sole job was to spout jargon and polemic.

Previous episodes in the series have been flat and contrived: a stroppy teenager and her saintly dad argued about whether she should join an anti-racism march (they ended up attending together), and a working class white boy pleaded with his posh black ex-girlfriend to take him back (she couldn’t because he wasn’t ‘woke’ enough).

Drama that exists only to preach, however well-intentioned, is doomed to be dull. Michael and Kay, though, would still have seemed real without the laboured ‘contemporary issues’.

She was a flirty romantic, he hid his insecurities under cocky bravado — and they both fancied the pants off each other. I’d love to see them again in six months, to discover how it worked out . . . next time without all the heavy-handed criticisms of the police.

Those criticisms rarely take into account the courage police need when more people than ever carry weapons regularly.

During the Black Lives Matter protests, British police came in for intense scrutiny and criticism. So it was good that, over on the BBC, a primetime show emphasised the painstaking, scrupulous work that is the day-to-day reality for most officers. 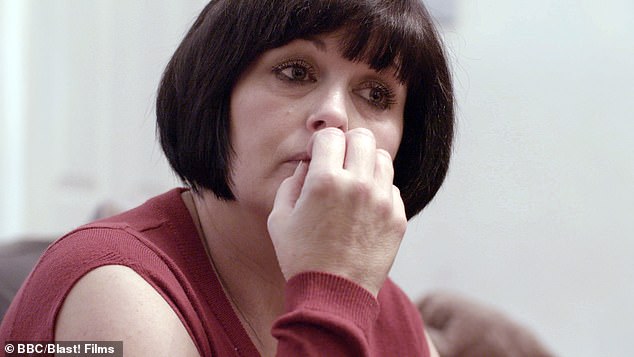 Reported Missing (BBC1) saw members of the force — armed only with Tasers — approach a house where two people were believed to be holed up with crossbows and knives.

They were trying to find a 56-year-old Army veteran, Mark Smith, who had walked out on his wife and his job in Warrington, Cheshire, with threats to end it all.

A former Northern Ireland veteran, he suffered from combat stress and was prone to what one friend called ‘flash rages’. The police response was methodical, efficient and open-minded.

Mark’s problems were complex and involved debt, marital rows, online trolling and allegations of mismanagement at the charity he set up to help other veterans.

The film-makers tried to tidy up all the loose ends, but it left viewers with lots to think about — especially the unsung bravery of the police.