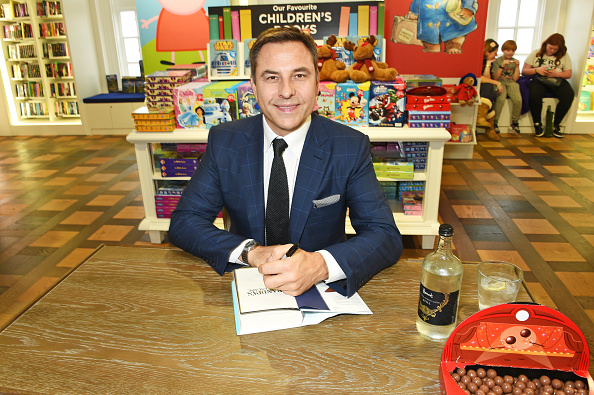 A story criticised for depicting ‘harmful stereotypes’ of a Chinese boy has been removed from one of David Walliams’ children’s books.

A new version of The World’s Worst Children will be published next year without the story ‘Bran Wong, Who Was Never, Ever Wrong’, according to The Bookseller.

The publisher confirmed: ‘In consultation with our author and illustrator we can confirm that a new story will be written to replace “Brian Wong” in future editions of The World’s Worst Children. The update will be scheduled at the next reprint as part of an ongoing commitment to regularly reviewing content.’

All five books are illustrated by Tony Ross.

The short story ‘Brian Wong, Who Was Never, Ever Wrong’ described the Chinese character as ’the swottiest swot who ever swotted’, who was obsessed with maths, wore thick glasses because of his deteriorating eyesight, and tutted at anybody who he deemed less clever than him.

Earlier this year, social media star and podcaster Georgie Ma, also known as @chinesechippygirl, called out the children’s book on her Instagram account.

She wrote: ‘There are so many racists jokes on ESEA community with the surname Wong and associating it with wrong. I don’t have enough time to go through what kind of jokes these are but if David Walliams would have done his research, he would have known this.’

Ma also highlighted the illustration of Brian Wong, saying: ‘Brian has been illustrated because you can see it’s just got the stereotypical small eyes, and the glasses, and it’s just complete casual racism.

‘It just reminds me of the comics that white supremacists have telling Chinese people to go back to China.’

Ma had a meeting with HarperCollins about the book, and while she believes that more stories within the book need reviewing, she is ‘grateful’ that the publisher is taking action.

She told The Bookseller: ‘“Wong” and “wrong” are two words that are commonly used in playgrounds to pick on someone if their surname is Wong. Even just the way Brian has been illustrated. He wears glasses, he looks like a nerd, he’s got small eyes… they’re all harmful stereotypes.

‘The overall character plays on the model minority myth where Chinese people are nerdy, swotty and good at maths, we’re not confrontational and we’re high achievers. It was just really disappointing to read about that. Personally for me, because I have a toddler, I don’t want her being absorbed in these stories where Chinese culture is misrepresented.’

As the news of the reprint was shared on social media, some critics were unimpressed that the story had been published in the first place.

Author Alexandra Sheppard tweeted: ‘The fact that this garbage was even published in the first place! Well done @HarperCollinsUK for doing the bare minimum.’

The author specifically pointed out a number of characters, including a single mother in The World’s Worst Parents who is ‘boring because she lives in a tower block and cleans toilets’, the Tang twins who are ‘child geniuses’ with ‘horizontal slits’ for eyes, and a ‘black female teacher, Miss Tutelage’, whose ‘big frizzy hair is a punchline’.

HarperCollins defended Walliams at the time, saying: ‘David Walliams’ books have a diverse readership which is reflected in their content. He writes about the real worlds of children using comedy as a way of confronting many difficult topics, from the ground-breaking The Boy in the Dress to Gangsta Granny, and which should be considered in the wider context of the overall stories. In his World’s Worst … series he writes cautionary tales using surreal humour to champion underdogs, deflate the pompous and denounce bullies. David Walliams’ books have transformed countless non-readers into book lovers and got families reading together.’

Britain’s Got Talent judge Walliams, 50, published his first children’s book The Boy In The Dress in 2008, and has since published 13 more novels, seven picture books and five short story collections.

In 2019, he became one of the UK’s highest earning authors, with his books generating over £100million.

The comedian was previously criticised for the racially stereotyped characters and use of blackface on his and Matt Lucas’s sketch show Little Britain.

Little Britain has since been removed from Netflix and BBC iPlayer, and Walliams previously said that he would do the show differently were it made now.