Catherine Zeta-Jones, 49, was supported by husband Michael Douglas, 74, and son, 18, as she returned to her hometown of Wales where she was granted the Freedom of the City of Swansea. The Oscar-winning actress looked the epitome of chic in a stunning mid-length pink gown. The brunette beauty rocked an asymmetric dress which showed off her enviable curves in the tight fitted design. She paired the outfit with a pair of nude heels which added height to her already long pins.

The sophisticated ensemble featured a sweeping neckline as the dress dropped into an elegant pencil skirt.

The actress completed her outfit with a nude clutch bag and adorned her hands with diamond jewellery and bracelets on each wrist.

Adding a pair of hoop earrings, Catherine posed for snaps on the red carpet before being joined by her family.

Her long brunette tresses flowed down her back in small waves while her gorgeous features were enhanced with dramatic make-up.

She added a smokey eye with bronze highlighted cheeks and a dark lip. 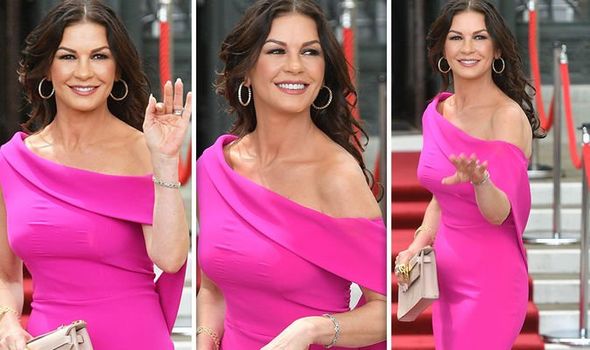 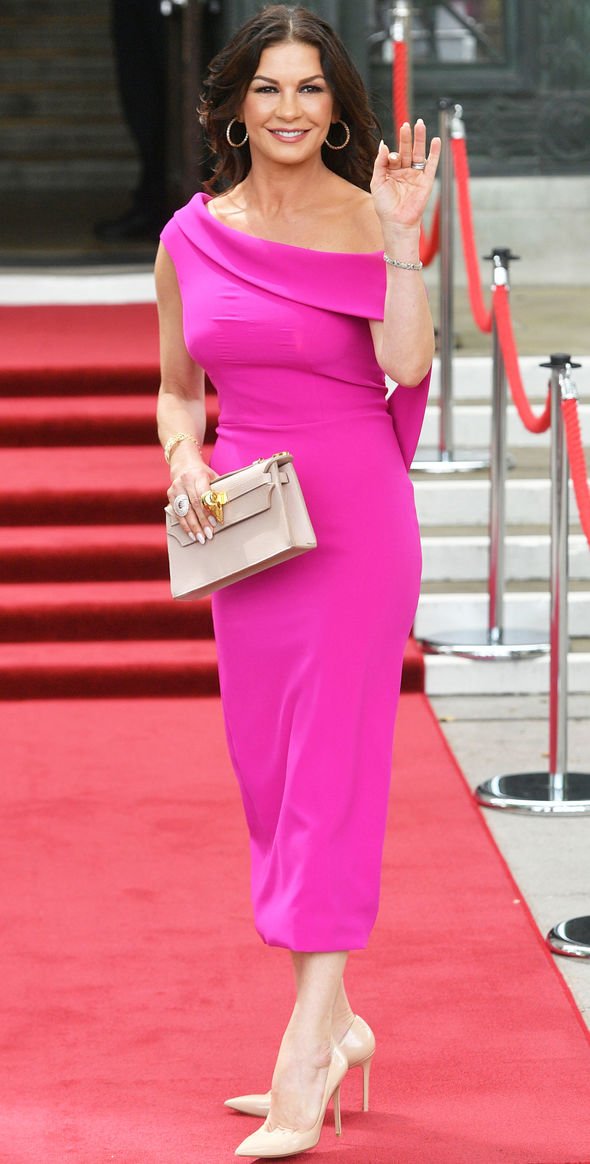 Catherine’s husband Michael Douglas looked equally dapper as he sported a blue shirt and maroon tie, paired with a silver suit as he supported his stunning wife.

Dylan also looked smart in a black suit, teamed with a white shirt and a silver tie.

The actress was honoured with the Freedom of the City award which is given by a local council to a recognised person for their exceptional service to the City.

Catherine is the second woman to be granted the Honorary Freedom.

The mother-of-two said she was “honoured and humbled’ to have received the award during her speech at the Guildhall, reports WalesOnline. 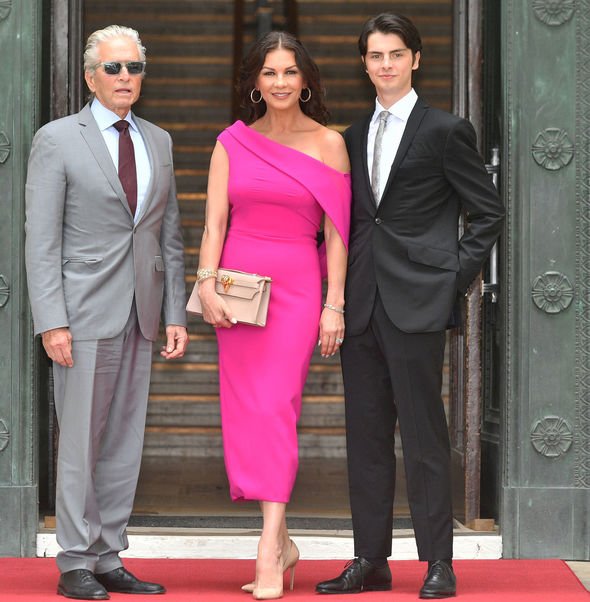 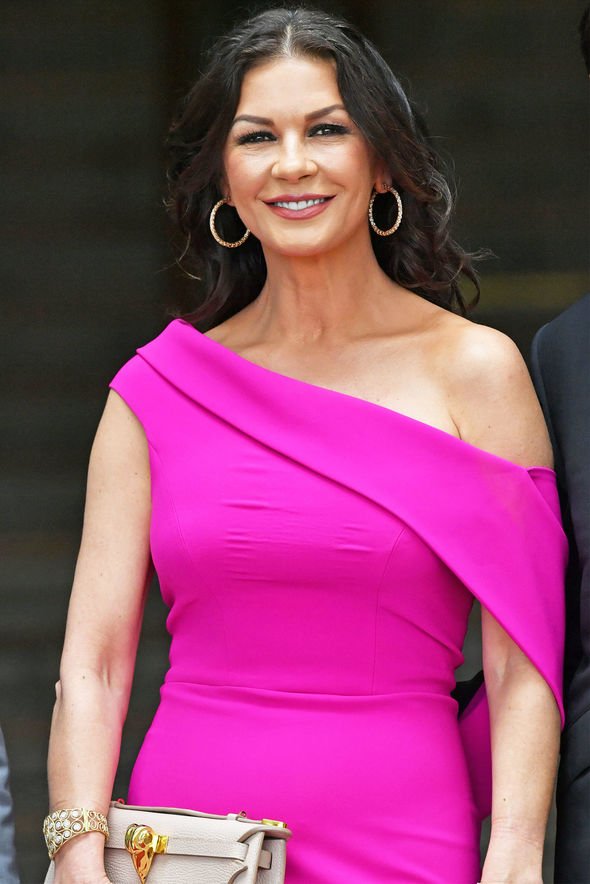 She said: “I’m very honoured and humbled and very happy to share it with my family here in Wales, as well as my friends and mentors throughout the years.

“My headmaster, my dancing teacher and most importantly, my husband Michael and my son Dylan.”

Catherine also reportedly thanked her daughter Carys who was unable to attend the event due to study commitments.

Ahead of the ceremony, the Hollywood stars visited a Welsh golf course where they enjoyed a round of the game.