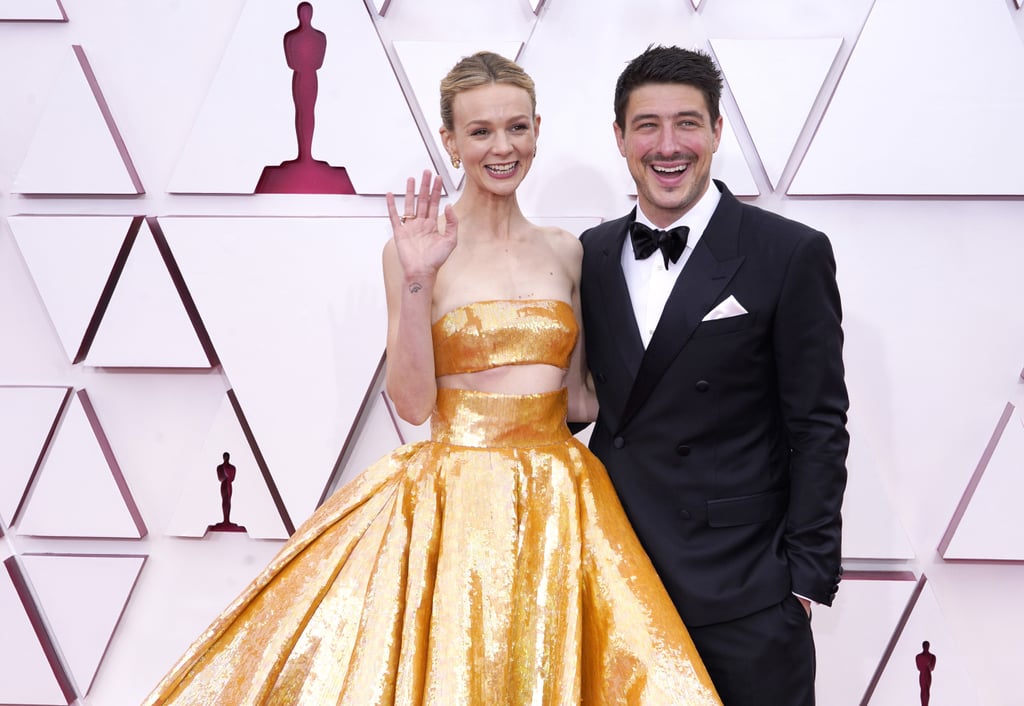 Carey Mulligan has a big night ahead of her at the Oscars, and her husband, Marcus Mumford, is right by her side as her biggest cheerleader. Carey, who’s nominated for best actress for her role in Promising Young Woman, looked like an actual Oscar in a Disney-esque gold ballgown, while Marcus let his wife shine in a classic black tux. The outing marks a rare red carpet sighting for the low-key couple, who, in case you forgot, have been married for nearly a decade.

Though the two married in 2012, their love story actually began when they were children attending the same church camp. Throughout the years, the actress and the Mumford & Sons lead singer sweetly stayed in touch as pen pals and eventually rekindled their relationship as adults. While they often support each other at their various gigs and events, we don’t often get to see the two in public together, so be sure to get a close look ahead at the couple arm in arm at Sunday night’s Oscars.