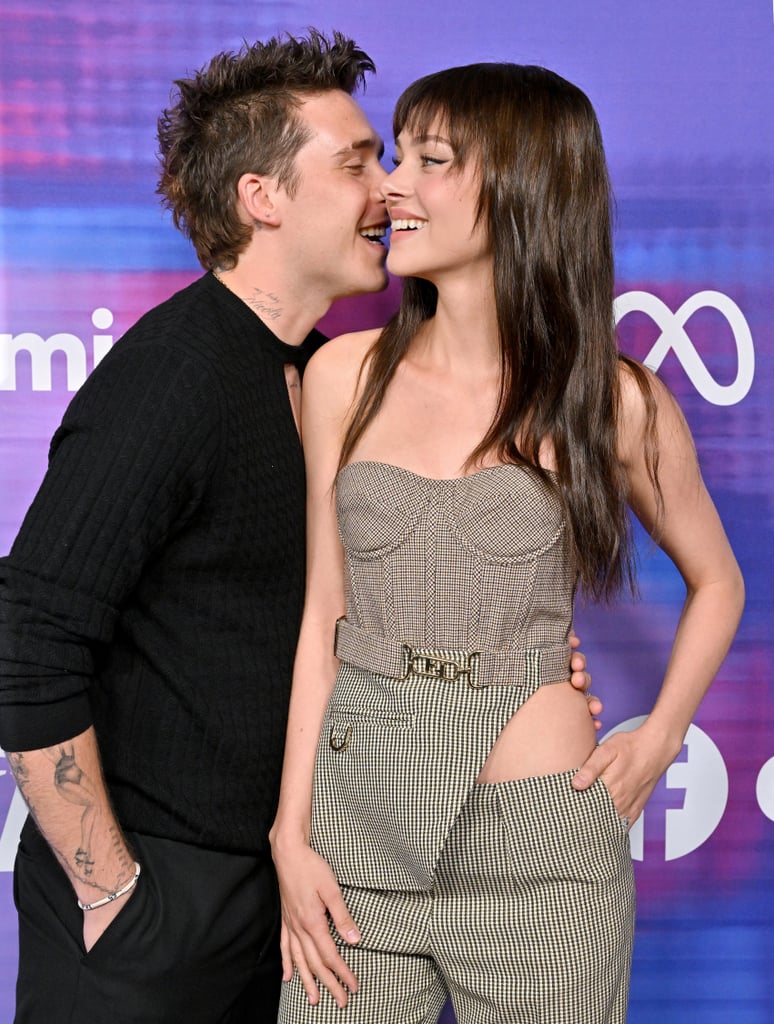 Newlyweds Brooklyn and Nicola Peltz Beckham are more loved up than ever. The couple attended Variety’s Power of Young Hollywood event on Aug. 11 and proved they are still very much in the honeymoon phase of their relationship as they kissed, hugged, and laughed together.

Brooklyn, who stars on one of four covers for the Young Hollywood issue, was at the event, which honored 50 content creators under the age of 25 — and his new wife was by his side to support him as he picked up his accolade. The couple have recently been on their honeymoon in the South of France, and it seems they mean business as they return to rub shoulders with fellow honorees like “The Little Mermaid” star Halle Bailey and “Euphoria”‘s Angus Cloud.

The couple were photographed sneaking kisses as they continued their super-cute public displays of affection. Nicola showcased her new brunette hair for the occasion, after unveiling the brown color on Instagram earlier this month. With help from hairstylist Irinel de León, she debuted her new jagged bangs and shorter layers that are reminiscent of a mullet hairstyle, as makeup artist Kate Lee gave her edgy winged eyeliner.

The 27-year-old model, who was styled by Leslie Fremar, wore a Fendi houndstooth co-ord straight from the Autumn ’22 runway. The strapless corset featured an asymmetric cutout hemline and waist belt that was paired with matching trousers and chunky platform heels. Brooklyn went for top-to-toe black in a jumper with a subtle cutout at the neck, black trousers, and houndstooth Fendi trainers as the pair took couple-dressing to a new level.

Their loved-up display is the latest in a long line of sentimental social media posts, public appearances, matching wedding bands, and tattoos after the pair married in April. Most recently, Brooklyn, 23, revealed his newest ink in tribute to his wife. Unveiling the word “married” on his left hand in cursive script, the aspiring chef continues to remind the world he now is a husband. This latest tattoo joins an illustration of Nicola’s eyes and a script of his wedding vows on his inner arm.

After rumors of a rift between the Beckham and Peltz families began circulating, the couple took the Variety interview as an opportunity to address the so-called feud. Stating they believe the rumours began after Nicola opted to wear a Valentino Haute Couture dress to her wedding rather than a Victoria Beckham design, they declared there is no bad blood and that “everyone gets along”.

See more photos of the cute newlyweds ahead.