Home » Celebrities » Britney Spears turns 40: A look back at her most iconic moments

Britney Spears turns 40: A look back at her most iconic moments 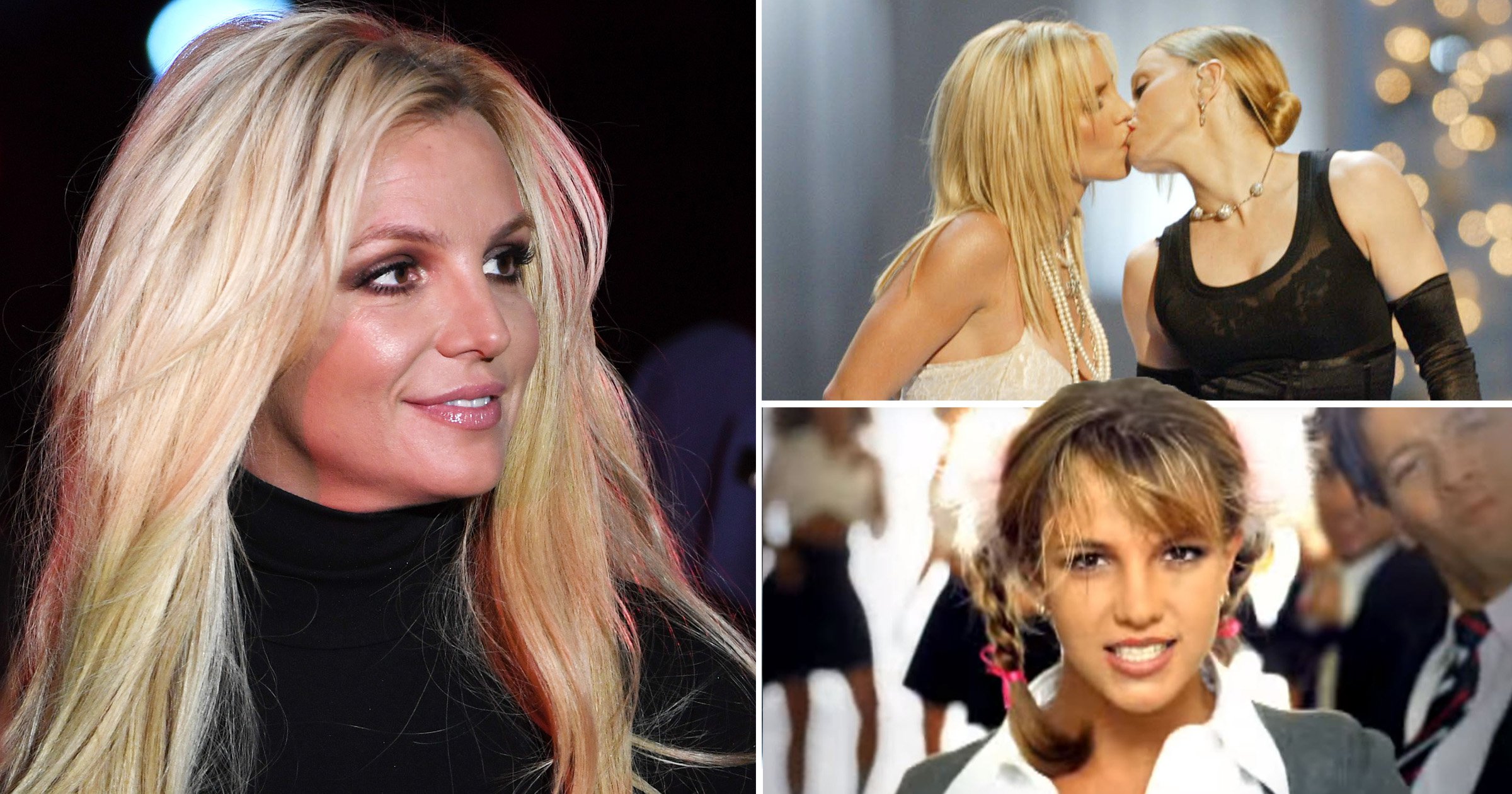 Britney Spears’s 40th birthday will no doubt be extra special as it’s her first in 13 years outside of her conservatorship.

The pop princess has jetted off with fiancé Sam Asghari, 27, to celebrate her birthday in style, now that she is free to do so without the conservatorship rule slowing her down.

To celebrate Britney’s big 4-0, here is a look back at the Toxic star’s most iconic moments.

Showcasing her star power early on The Mickey Mouse Club

At just 12, Britney was picked – along with a young Christina Aguilera and Justin Timberlake – to be part of the Mickey Mouse Club.

She loved the experience, which showed off her star potential at a young age, telling Entertainment Tonight in 2018: ‘It was a really good time.

‘It was a great time. It was probably one of the most special times in my life, The Mickey Mouse Club.’

Bursting onto the scene with …Baby One More Time

There’s nothing more iconic than the way Britney burst to fame in 1998 with the release of her debut single …Baby One More Time, complete with a music video set to go down in pop culture history.

The 16-year-old raised eyebrows with her schoolgirl outfit and blonde bunches as she danced through the halls – and instantly inspired fancy dress costumes for decades to come.

Another of Britney’s looks that will be emulated until the end of time is her double (Triple? Quadruple? More?) denim look which she twinned with then-boyfriend Justin Timberlake.

The pair arrived at the 2001 American Music Awards with Britney in a floor-length strapless dress made of patchwork denim and paired with a diamante choker and matching denim bag, while Justin wore a denim suit, denim cowboy had and shades.

Super Bowl Halftime Shows always pull out all the stops for an unmissable night, but 2001’s had megastars in droves.

Called The Kings of Rock and Pop, it was headlined by Aerosmith and ‘N Sync, with appearances from Britney, Nelly, Mary J. Blige and more.

We’re still holding out hope for Britney to headline her own Super Bowl Halftime show in future with a medley of her back catalogue of huge hits.

As well as creating a very sweaty and sexy music video, Britney upped the ante with her MTV VMAs performance of the track.

Appearing in the tiniest of green and blue outfits, Britney had an albino Burmese python draped around her shoulders for another live performance which was set to go down in pop culture history.

Aside from angering Peta with the use of live animals, including a tiger in the cage with Britney at the start of the performance, it also showcased the performer at the top of her game.

The teen road drama was Britney’s first big-screen role and she certainly did it justice.

Toxic music video and her first Grammy for the iconic song

Another video which has spawned millions of copycat costumes is Toxic, and the song was hugely successful for other reasons too.

The song won Britney her first and only Grammy in 2004 for best dance recording, making critically acclaimed as well as a fan favourite.

The track, which is from her fourth album In The Zone, spent 20 weeks on the Billboard charts, peaking at number nine.

Snogging Madonna at the 2003 VMAs

When on queen of creating a ‘moment’ meets another… they usually kiss on stage at the MTV VMAs.

Britney and Christina Aguilera joined Madonna on stage at the 2003 MTV VMAs to perform a medley of Like A Virgin and Hollywood, with the pair in white wedding dressed while Madonna wore a black outfit.

While the performance itself was legendary enough, the trio tipped the scales when Madonna leaned over and first kissed Britney and then Christina, creating headlines the world over.

Britney Spears’ Piece Of Me was so popular its initial two-year run was continually extended until she went on a hiatus from performing.

The show, which opened in December 2013, was both a critical and commercial success, winning the best of Las Vegas award in 2015 and 2017.

The singer had been under the rule since 2008 following a public breakdown the year before, which meant she had no control over her personal and financial decisions for 13 years.

Britney, along with the Free Britney movement, never gave up on the hope that she would one day have the rule lifted entirely – something which finally came to fruition in November 2021.

Since the landmark ruling came to pass, Britney has been using her newfound freedom to speak out about what she has been through as well as enjoying the small things like being able to drive her car or travel whenever she wants.

'The Young and the Restless' Spoilers: Job or Relationship, What Will Lily Choose?
Recent Posts