Blake Shelton wasn't sure when he'd pop the question to Gwen Stefani, but he always knew who'd be present when he did. Following the couple's October engagement, the 44-year-old country star told the Bobby Bones Show why it was important to include his and Stefani's families in the moment.

"The only thing I had planned was that I knew I wanted to do it in Oklahoma while all her kids were there [as well as our siblings]," Shelton said of his Oklahoma ranch. "We have a group that we get together on [most holidays] with those two parts of our extended family, and it's been like that for years. I wanted everybody to be there in the moment." 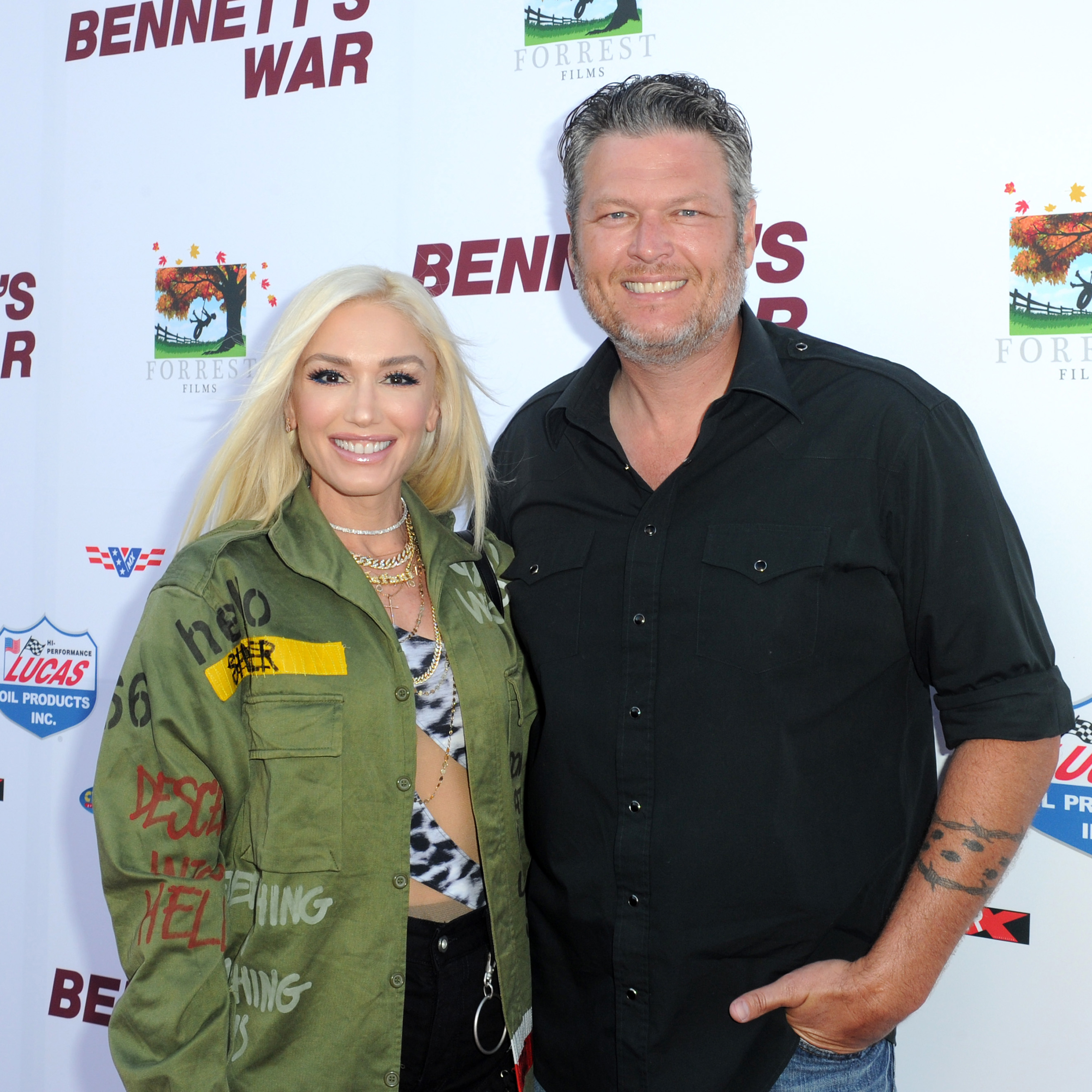 "I didn't want to take her away or do something private away from the kids," he continued. "I felt like it was important for the kids to be a part of that moment, so that's what I did."

Back in October, a source told ET that Shelton involved Stefani's kids "every step of the way" and "made sure they were part of the excitement."

The proposal went off without a hitch, but not without some nerves! Shelton told the Bobby Bones Show that losing the ring before popping the question was a big worry for him.

"I had the ring in the compartment on my door of my truck for about a week. I don't know about you, but stuff falls out of that damn thing on my truck all the time," he admitted. "[When I was] digging in there looking for a flashlight or change, I kept thinking, 'Man, somebody's gonna hit the jackpot whenever I drop this thing out of my truck.'"

"I wanted to keep it there all the time because I didn't know when I would have the exact, right moment," Shelton continued. "But thank God, I didn't lose the ring."

While Shelton opened up about his romantic proposal, Stefani gushed over some of her favorite things about her fiancé while speaking to Zane Lowe on Apple Music.

"It's hard not to like almost everything about Blake Shelton. I said almost only because it would be silly to do like, 'I like everything about Blake.' No one's perfect, of course," she said. "But I think the root of what I love about us together is that… he's my best friend. We tell each other everything. I don't want to do anything without him. He's my homie. And he's just a very generous, generous guy. He's full of love and generosity."

"He's a smart, smart guy as well. So you feel safe, you could lean on him and trust him. I could just keep going. I mean it's literally like a joke," Stefani continued. "I've never met someone that's just so interesting… He's a Gemini… You think he's so, so normal, but then he is quirky. He is an artist. He has a lot of different sides to him."

Stefani, who praised Shelton as being "super talented," admitted that her favorite thing about him is that he "could walk away from anything at any moment."

"His true love is just of nature and of just being at that ranch. He loves animals and he knows every single name of every salamander and every tree and every bush and snake. It's like, 'How do you know all this stuff?'" she said.
"He's just always been the same. He's the same guy no matter where he goes… There's something just so cool about that because you feel so proud… When my dad and mom come over, they get to see that."

Shortly after their engagement, a source told ET how the recent quarantine made Shelton and Stefani grow even closer.

"They both live incredibly busy lives and have managed to make sure they work together and spend as much time as they can together," the source said. "The pandemic has given them both the time they needed to slow down and just appreciate and love each other."

As for their wedding, the source said that "they plan to wait and see how the pandemic pans out" before saying "I do."

"Gwen has always spoken about a big traditional wedding with family and friends but they plan to wait and see how the pandemic pans out," the source said. "And in the meantime, enjoy their engagement."

'Cyberpunk 2077': How to Fix Those Annoying Controller Camera Settings