Bennifer is about to be reunited! Jennifer Lopez also arrived back in L.A. wearing what appeared to be Ben Affleck’s plaid shirt on Thursday, June 10.

Ben Affleck, 48, was spotted speeding around Los Angeles on his motorcycle — seemingly headed in the direction of Jennifer Lopez‘s Bel Air home! The Oscar winner’s face was covered by a large bubble shaped helmet, wearing his usual bomber style leather jacket, jeans and leather sneakers on Friday, June 11. The sighting comes just a day after J.Lo arrived back in Los Angeles after a video shoot in Miami and his project in Las Vegas. 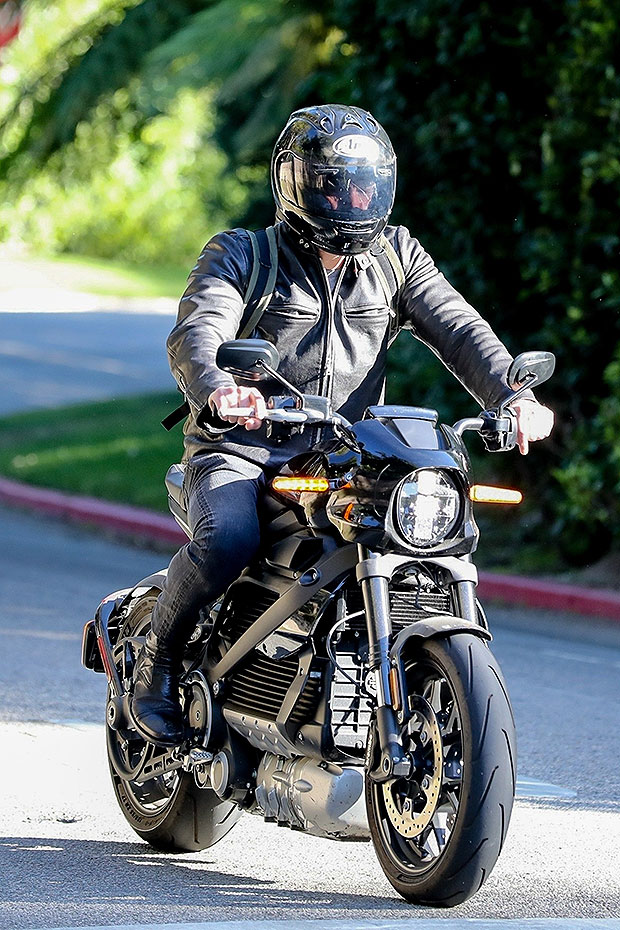 Jennifer raised eyebrows as she stepped off a plane in California wearing what appeared to be Ben’s go-to red-and-blue plaid shirt on June 10. She paired the oversized men’s button down — which Ben has previously been photographed in — with a white crop top, sweatpants and sneakers. Her twins Max and Emme, 13, were also in tow. It’s unclear if Ben left the cozy item at her $18 million rental home in Miami, where he visited on May 22, or if she brought the shirt with her after their recent back-to-back sleepovers.

The Town actor’s return to L.A. comes fresh off of his jam packed week in Las Vegas. Ben was spotted filming a project at the Wynn Resort and Casino where J.Lo’s mom, Guadalupe Rodriguez was also hanging out. The 75-year-old was photographed looking excited on the set of the commercial, which Ben was seemingly directing. The Boston native was also seen enjoying a round of gambling in a high roller suite around 3:00 a.m. 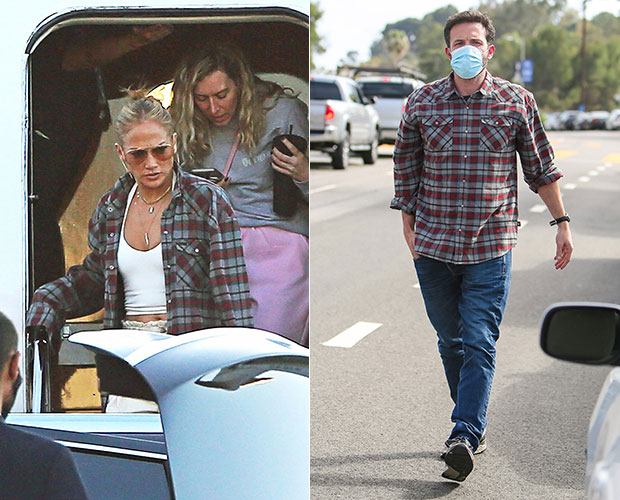 Bennifer have been seemingly inseparable since their unexpected April reunion after J.Lo’s split from Alex Rodriguez, 45. The two took a romantic trip to Big Sky, Montana on May 10, and have also hung out in both Los Angeles and Miami in the last 6 weeks. Of course, things could be moving at a rapid pace given their past romantic history: the pair were engaged in 2002 after meeting on the set of Gigli a year prior. After intense media attention, Bennifer called off their Sept. 2003 wedding — ultimately splitting for good in 2004.

“Her feelings on having something with Ben are real and she wants to explore that…Jennifer is still taking things slow with Ben. It just sort of happened. She’s just seeing where things go and trying not to overthink or put pressure on it and Ben seems to be giving her all the time she needs,” a source told HollywoodLife EXCLUSIVELY on May 25.

Dorinda Medley’s Net Worth: How Much Is The RHONY Star Really Worth?