As the Twins Stay Hot, La Tortuga Earns a Warm Embrace in Minnesota

MINNEAPOLIS — Hardly anyone calls Willians Astudillo, the charismatic backup catcher and utility player for the Minnesota Twins, by his given name anymore.

His manager, Rocco Baldelli, doesn’t even try. To Baldelli and others, Astudillo is la Tortuga, Spanish for the Turtle, or even just Tortuga. It’s much more fun to say anyway.

Astudillo (pronounced AS-too-DEE-yo) can’t remember who gave him the nickname, or when. But it’s easy to see how he got it.

At 5 feet 9 inches and 225 pounds, Astudillo resembles a Teenage Ninja Turtle come to life, albeit one who can play eight positions and reliably put the ball in play. His Twins are the surprise of the season, on pace for the best record in franchise history and leading the majors in home runs, runs scored and batting average. And while he may not the biggest contributor to the team — Jorge Polanco has a team-leading .925 on-base-plus-slugging percentage and Jake Odorizzi is 10-3 with a 2.58 E.R.A. — his everyman persona and uncanny bat control has made Astudillo one of the most popular Twins.

After languishing in the minors for more than nine seasons with four organizations, the 27-year-old Venezuelan debuted with the Twins last June 30 and was immediately embraced by fans for his hitting, panache and chunky appearance. He became the only player only 5-foot-9 and over 220 pounds to play center field, according to Baseball Reference.

His build, however, was part of the reason it took Astudillo so long to get his chance, according to his agent, Francis Marquez. He played primarily as a catcher in the minors, but M.L.B. executives and scouts thought Astudillo was not good enough behind the plate, and lacked the power to be a corner infielder. Some, Marquez said, dismissed Astudillo solely on his appearance.

But Minnesota signed him as a minor-league free agent in 2017, and after initially emerging as a human GIF, he has established himself as a key component for the resurgent Twins.

“Credit to the Twins that they did not buy into this notion that Willians didn’t have the profile of a major leaguer or didn’t look like a major leaguer, comments we heard a lot from other organizations,” Marquez said in a telephone interview from Miami, where he is based.

Astudillo has been the subject of several viral videos, from a no-look pickoff of then-Yankee Shane Robinson in 2018 spring training to an epic home run celebration in winter ball. Last September, after scoring from first on a cartoonlike dash against the Yankees — helmet off, legs churning, curly hair flowing straight back as if in a wind tunnel — Astudillo offered this priceless assessment in Spanish, translated by the Twins staffer Elvis Martinez: “I just wanted to show that chubby people also run.” 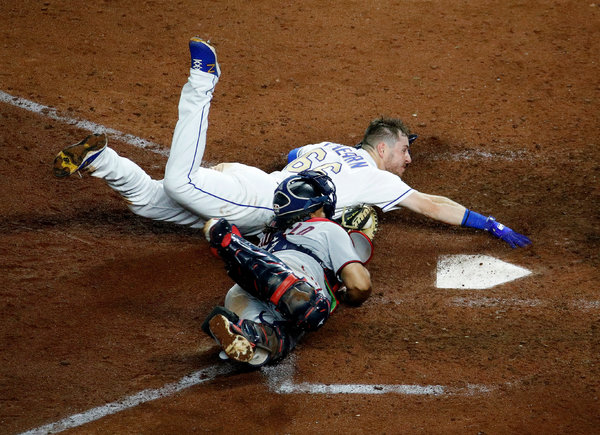 While he has had an up-and-down 2019 season, his popularity has not waned. “An Evening With La Tortuga” at Target Field on April 26 drew 23,658, at that point the largest crowd since Opening Day, thanks to a $21 ticket deal that included a free T-shirt. All 3,000 of those tickets sold out.

Curiously, Baldelli did not start Astudillo that night against Baltimore. But the crowd rose for a standing ovation when Astudillo pinch-hit in the eighth, then chanted his nickname after he singled through the middle.

“Honestly, I’m just taking advantage of the moment,” he said through a translator. “I wasn’t expecting it, and I’m just enjoying it.”

Two days after Astudillo’s “night,” more than 500 people waited in the wind and cold at a park in St. Paul for Astudillo and his teammate Martin Perez to pass out baseball gloves to children 8 and under. Many kids and a few adults wanted a photo or a fist bump from Astudillo, and he gladly complied.

“They love him,” the veteran designated hitter Nelson Cruz said of Astudillo. “He’s a guy who’s easy to like.”

Such is the pull of Astudillo, who already has a ballpark menu item named for him, a La Tortuga Torta — a hot ham and cheese. His No. 64 uniform top was the club’s No. 2 seller behind Byron Buxton’s No. 25 for the first month of the season.

Dylan Boettcher, a 25-year-old lawn care worker from Mankato, Minn., and three friends quickly snapped up tickets for “An Evening With La Tortuga.” The stocky Boettcher said he related to Astudillo: When Boettcher legged out an inside-the-park home run while playing softball, he said, his friends told him he ran like Astudillo.

“We Minnesota guys are suckers for someone who wears the passion on his face all the time,” Boettcher said. “He draws people in.”

In an era when walks are embraced and strikeouts tolerated, Astudillo is an anomaly, a player who rarely does either.

In 231 career major-league plate appearances through Monday, Astudillo had drawn four walks and struck out eight times while batting .298. He hit that way in the minors, too. In 2,461 minor-league plate appearances Astudillo struck out 81 times, roughly 3.3 percent. He struck out less often as a minor-leaguer than Hall of Famers Tony Gwynn (4.2 percent), Joe DiMaggio (4.8) and Yogi Berra (4.95) did as major leaguers.

Astudillo slumped at the plate in May and early June following a stint on the injured list with a left hamstring strain. Needing a bullpen arm, the Twins demoted him to Class AAA Rochester. Astudillo quickly hit his way back to the majors, going 20-for-38 (.526) with three homers and 11 R.B.I. in nine games before the Twins recalled him last week.

That hot streak in the minors was no mirage. Astudillo went 3 for 4 in Minnesota’s 9-4 win over Tampa Bay on Tuesday, giving him two three-hit games in the span of a week.

Astudillo developed his batting eye as a youngster, using a broomstick to hit corn kernels tossed by his father, Williams Astudillo, a former Venezuelan winter league shortstop. (Astudillo’s brother Wilfred is a catcher in the Mets system, and cousin Wilfran an infielder in Toronto’s.) His ability to make contact, frame pitches and fill multiple positions intrigued the Twins, who signed him in November 2017 as a minor-league free agent. The Phillies originally signed him as a 17-year-old.

“There were some markers that suggested he had upside to tap into,” Twins minor league operations director Jeremy Zoll said.

Since joining the Twins, the versatile Astudillo has played every position except his father’s — shortstop — and batted in all nine spots in the lineup. In his last five games he played catcher, third base, second base and right field.

“He has a nose for the ball out there,” Baldelli said. “You put him at first base, he can make plays like a good quality infielder with good feet and hands and transfers and things like that. He can do all of these things, and it makes you feel better about putting him in any spot, really.”

Twins utility infielder Ehire Adrianza won a Venezuelan winter ball championship with Astudillo in 2014-15, for Caribes de Anzoátegui. Adrianza thought Astudillo, then in Class A, could hit, though he struggled for playing time on a team with 16 eventual major leaguers.

“That’s why I’m very proud that he made it to the big leagues,” Adrianza said. “He showed the people that it doesn’t matter if he’s a chubby guy, tall guy, short guy, fat guy. You have to come and get it. That’s what he did.”

Luke P. Should Have His ‘Bachelorette’ License Revoked

Tom Holland: I owe everything to my mom, she’s an amazing lady
Recent Posts