Alex Jones: ‘Stop it!’ Star gets ambushed by Steph McGovern as she makes TV return

Alex Jones, 42, was back on TV tonight, after giving birth back in May to her second child, Kit, with husband Charlie Thomson.

The Welsh presenter, who is on maternity leave from The One Show, co-hosted BBC One programme Shop Well, For Less? alongside Steph McGovern.

During the show, the pair met John and Caroline, parents of eight children, to help them swap their expensive products for cheaper ones.

The two BBC star’s explored the house and were astonished to find the amount of toys there were in the property.

Alex and Steph both got involved, with the BBC Breakfast presenter even picking up a toy crossbow.

Steph hid next to a bunk bed, in between a wardrobe, where she waited to ambush Alex.

Alex shouted: “Stop it!” as she got hit by the arrow.

She said: “Right!” before picking up her own toy.

“That was a good one,” Alex said before adding: “Right in the chops.” 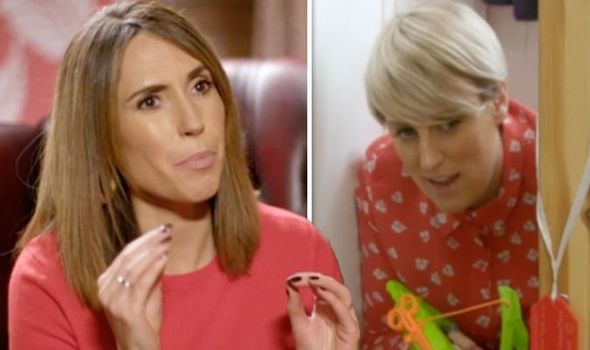 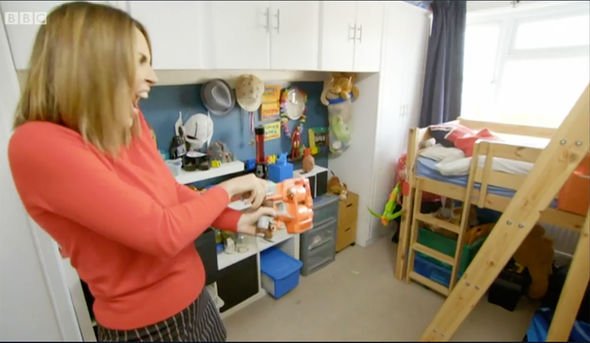 They also came across expensive Star Wars merchandise, which they couldn’t help but play around with.

“All of the merchandise for Star Wars,” noted Steph.

The star then placed the mask on her face, to which Steph said: “That is a definite improvement!”

Shocked, Alex replied: “The cheek of it!” 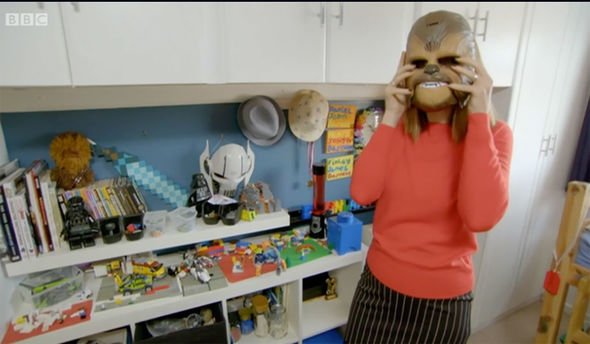 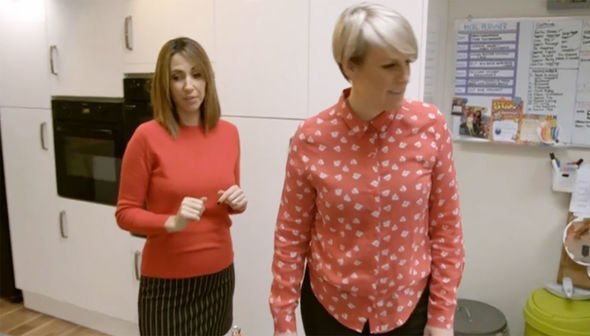 At the end of the episode, it was revealed by making the swaps Alex and Steph suggested, the family would have an extra £6,000 in their pocket.

Meanwhile, Alex gave an update on life with a two-month-old yesterday, and revealed she flashed her boob to onlookers whilst out and about.

Alex revealed she experienced an unfortunate moment whilst in an M&S Cafe as she tried to feed Kit.

Speaking about the moment with her 180,000 followers, Alex uploaded a picture of the muslin and said: “Forgot my bib so wrestling with a muslin.

“Lots of people in the M&S Cafe have just seen my boob.”