10 Halsey Quotes About Breakups That Are So Freaking Wise

Halsey is good at many things: clapping back at haters, shutting down biphobia, and generally being an outspoken social justice queen. But one thing she knows how to do exceptionally well is turn heartbreak into art. Her 2016 breakup with Norwegian producer Lido provided the inspiration for her second album, Hopeless Fountain Kingdom. Her 2018 breakup with rapper G-Eazy led to one of her best singles of all time, "Without Me." Though her romantic relationships haven’t always worked out as planned, the best Halsey quotes about breakups provide just as much insight and wisdom as her music.

After a few tough splits, it seems like Halsey has found happiness with her current beau, singer Yungblud, and I couldn’t be happier for her. She may sing that she "always makes the same mistakes," and that she’s, "bad at love," but her history just proves to me that she’s never going to give up trying to find a satisfying, fulfilling relationship. Her strength is always admirable, especially when it comes to protecting her heart. If you’ve ever had a bad breakup, these Halsey quotes will seriously speak to you.

She realized that she didn’t look out for her own needs in her relationship with Lido. 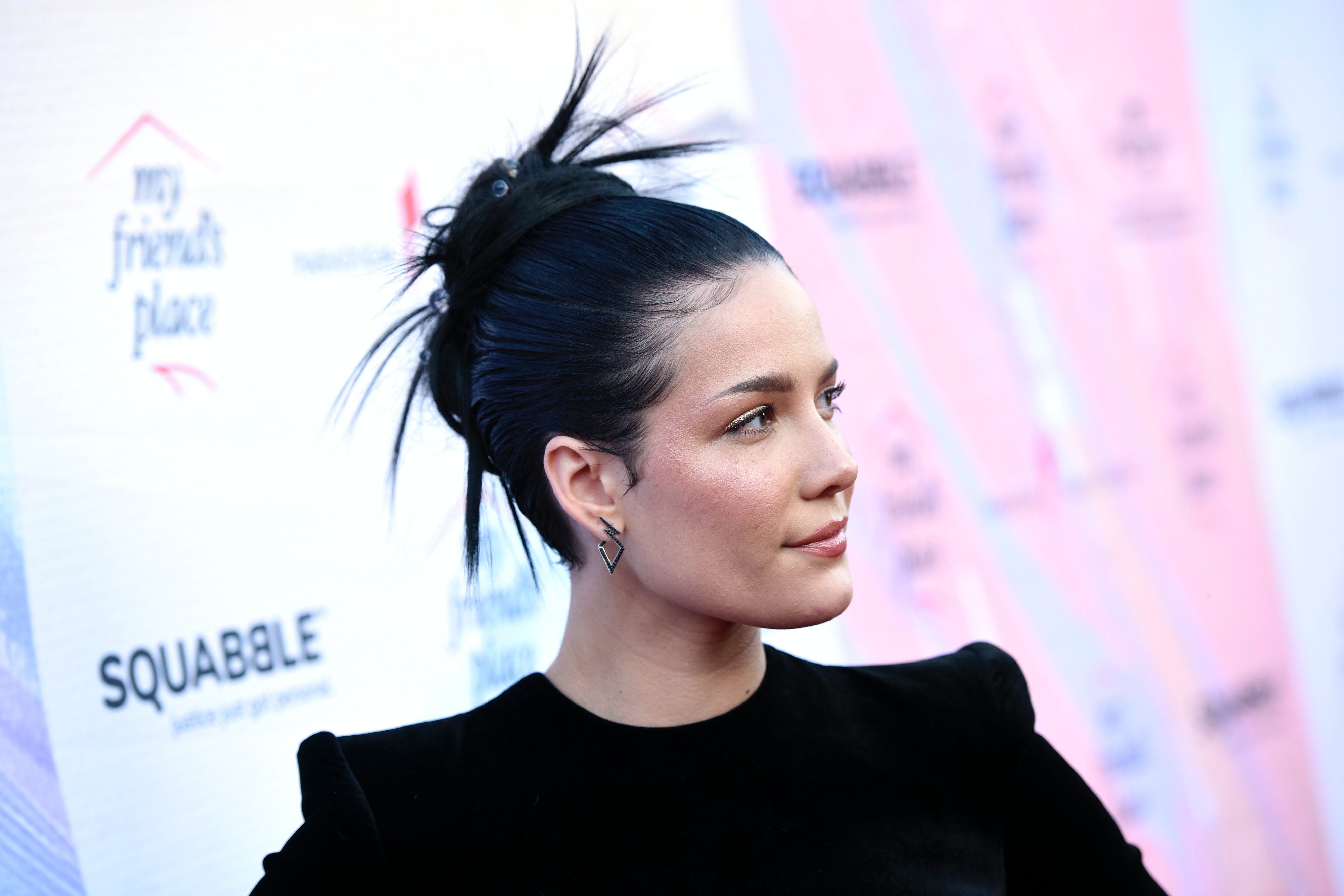 "I had killed off a version of myself just so we could make our love work," Halsey explained to Rolling Stone in a March 2017 interview, referring to her relationship with Lido. "Sometimes you’re in a relationship for so long and you become a different person. You lose yourself because you change for that person." Later, she added, "I put the seal on that relationship and fully purged myself of the feelings for that person at the same time as I finished my record."

But luckily, she turned that heartache into inspiration.

"I went balls-to-the-wall with this one," she said in reference to her second album, Hopeless Fountain Kingdom, while chatting with The Guardian in June 2017. "When people ask me about it I say: ‘Yeah, I went through this really terrible breakup and I naturally did what any normal 22-year-old girl would do – I called Baz Luhrmann." Luhrmann, who directed 1996’s Romeo + Juliet, served as inspiration for Halsey’s music video for "Alone."

She and her ex were even able to work together to produce something amazing.

"…there were definitely some nights where we’d be in the studio and we’d go in hating each other and leave rekindled with some sort of closure," Halsey told Dazed in June 2017, explaining how she and her ex Lido were still heavily involved in each other’s albums following their breakup. "But I think for both of us, it was therapeutic. You remove yourself because you remember that a song isn’t indicative of an infinite feeling. It’s like how someone’s feeling in a moment. "Lie" was definitely a hard song to write, but it felt good to get off my chest. And then we kinda laughed about it afterwards. He was like, ‘Wow, you really felt that way about me?’"

She gave herself time to heal after a breakup before entering a new relationship.

Halsey told Marie Claire in a July 2018 interview that while she and her then-boyfriend G-Eazy had instant chemistry, they didn’t immediately start dating after they met. "We both knew right away," she explained. "We just didn’t act on it. I had just gotten out of a breakup; he just got out of a breakup. …I just didn’t have time."

And she was honest with the world when that new relationship ended.

"I normally keep this kind of thing private but provided our public nature I feel the need to inform my fans," Halsey said in a statement posted on her Instagram Story in July 2018, when she and her ex G-Eazy broke up for the first time. "G-Eazy and I are taking some time apart. I’m eager to continue the upcoming passage of time dedicating myself to my art and my career and the duration of my tour. I wish him the best. Thanks for respecting our privacy at this time." The two would end up getting back together, only to break up a second and final time a few months later.

But this time, her own music actually inspired her to end that relationship. "I have to be honest, [writing "Without Me"] led me to my decision [to break up with G-Eazy] at that time," Halsey told Zach Sang in an October 2018 interview, explaining that the song actually preceded her split. "I listened to what I wrote and went, ‘Oh my god, is that how I feel? If that’s how I feel I need to put the pause on this thing right now. I’m obviously talking about my relationship.’ So the song happened first. And it was, just like, this moment of like sincerity."

She acknowledged that she could never be happy with another person until she was happy with herself.

"reminder to self: happiness is not a replacement for misery," she cryptically tweeted in October 2018, soon after confirming on her Instagram Story that she and G-Eazy had split again for good. "it’s an addition. pain will always be there. but that’s okay. u allow happiness to join as another option. so when the time comes, it’s there waiting, existing; a possibility for when you’re ready to choose."

She learned from her experiences rather than wallowing in the pain.

"’Without Me’ is about caring for someone so much that you lose sight of yourself," she explained during a December 2018 interview with iHeartRadio. "I call myself a collector; I collect things from people and use them to widen my artistic repertoire, so that I am writing from a culmination of experiences from the world. But I’m an imitator as well, because I’m so passionately putting myself in other people’s shoes all the time."

And she decided that, despite being a public figure, she didn’t have to share every detail of her relationships.

"The biggest lesson I learned was to make art, not headlines," she explained to Glamour in January 2019 when asked how she publicly dealt with back-to-back breakups from G-Eazy. "Because it can become quite easy, in the social media generation, to go from being a musician to becoming a personality."

Some relationships made her lose her sense of self, and ending them allowed her to find herself again.

"I was doing Good Morning America and I’m in a blonde wig and white patent-leather outfit, twirling around while I’m going through a heinous breakup," Halsey recounted to Cosmopolitan in a September 2019 interview, referring to her 2018 split from G-Eazy. "I look down and there are these two girls, one with pink hair, one with blue hair, septum piercings, cool as f*ck, still loving me, probably knowing what a weird time I’m going through." Later, she added, "But hey, if the worst thing that’s happened to me so far is I wore dumb clothes and dated a sh*tty dude, I think I’m doing alright."

When they happen, breakups rarely feel like a blessing. But for Halsey, her failed relationships have eventually enabled her to grow, both as an artist and as a person. TBH, I think just about everyone could stand to learn a thing or two from this infinitely wise queen.